In early 50's we started our business. At the beginning we dealt with regeneration of electric motors.

One year later the plant, except for motor regeneration, started production of electric motors. In 1991 company became state owned enterprise and incorporated (with the state as the only shareholder) and got a new name FABRYKA SILNIKÓW ELEKTRYCZNYCH BESEL (Electric Motor Company BESEL).

Since 1995 the majority stake belonged to ELEKTRIM SA, and since 1998 the company has been a part of Cantoni Group - the leader of electric motor production in Poland.

At present, the group holds 70% share in Polish electric motor market. There are three companies, besides Besel SA, which belong to Cantoni Group. 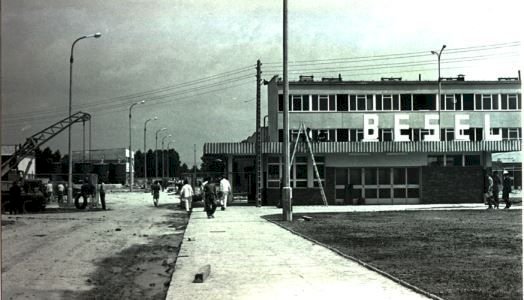 They are CELMA INDUKTA Cieszyn and EMIT Żychlin. In BESEL's offer there are not only standard single and three phase motors with frame size 56 - 90 but also a wide range of special motors.

Cantoni Group creates new technical and commercial solutions, based on the last years experiences of mentioned-above companies, to meet specialist needs of the market.