DRIVING YOUR BUSINESS for over a century

DRIVING YOUR BUSINESS for over a century


DRIVING YOUR BUSINESS  for over a century.
Centennial in Cantoni Group - CELMA marks the 100th anniversary.

THE CORNERSTONE
It takes a great mind to establish a company in uncertain times, and a visionary plan to let it grow. The year 1920, marked as a beginning of what today is CELMA-INDUKTA, was the first year when Europe and newly independent Poland started recovery after 20th-century’s destructive wars. On October 20th, Karol Rusz, a France-educated engineer, established Electromechanical Workshop in Ustroń, Poland. In 1921, the first induction motor left the factory, and just one year after the opening, the products were being displayed on exhibition in Lviv. The rapid development of the company forced the owners to move in to a new and more spacious location in Cieszyn.

As the economy of the young country was struggling, hyperinflation took its toll on many companies including the Electro-Mechanical Workshops. In order to keep the company running, Karol Rusz sold it to Warsaw-based branch of Swiss Brown-Boveri in 1926, remaining in the managing position. This time was rich in multiple investments and crucial production development, yet suddenly deterred by stalking economic crisis. In the last pre-WW2 stage, the Workshops was purchased by Electro-Mechanical Workshop Rohn-Zieliński from Warsaw, which also owned Brown-Boveri licence. Until 1939, the factory hired more than 550 employees who managed to manufacture 32 000 induction motors and more than 16 000 electric appliances and pump units.

NEW ERA - NEW OPPORTUNITIES
After the Second World War, the company was nationalized. From 1945, the production and export sales of CELMA was controlled by the Polish Foreign Trade Company for Electrical Equipment Ltd. ELEKTRIM. In 1961, it was renamed into the Factory of Electric Machines CELMA Cieszyn. That period was marked with broadening of product range including new series of squirrel cage and flameproof motors.

During the reforms, political changes and restructuring in Poland and Europe in the 80s, the company underwent the process of privatization. In 2000, Prof. Giampiero Cantoni, recognized Italian scholar and visionary entrepreneur, has bought shares of CELMA and other key ELEKTRIM-owned companies, creating diversified Group Enterprise – Cantoni Group. As it turned out, the Group has gained outstanding success on the domestic and international markets. Thanks to the Professor’s thoughtful management and clear development plan, Cantoni Group, with significant part of its products originating in CELMA’s factory, is ranked among leading European manufacturers.

NOWADAYS
After 100 years of operations, CELMA-INDUKTA together with other members of Cantoni Group invariably commit to deliver stable and reliable European quality globally. The ever-growing network of partners and distributors in more than 40 countries in each hemisphere gives us evidence that the initial idea of Karol Rusz, the CELMA’s founding father, has successfully prevailed for over a century.

Cantoni Group with over 1 000 000 motors manufactured annually, more than 4000 products in portfolio and around 2000 skilled employees continues the tradition, constantly investing in the latest technological solutions to answer the most demanding needs and offer advanced know-how.

Join us in this journey to the next century. 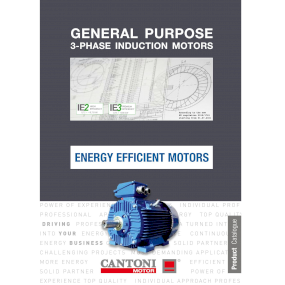 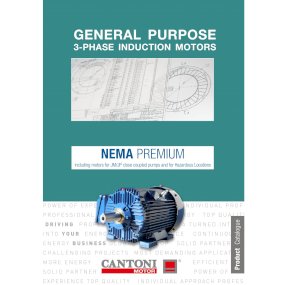 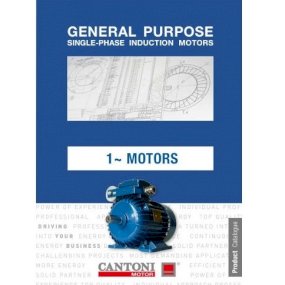 Single Phase Motors at your hand